On 31st December 2020 the UK left the European Union (“EU”) behind and the Law of England and Wales “took back control” of claims against overseas residents. At the present time this seems likely to reduce the prospects of British residents being able to recover Judgment for legal wrongs done by overseas residents in Europe.

Overseas residents were for many years the most difficult to pursue via effective legal action. If the wrongdoer was resident abroad, then the ability to get a Court Judgment and to be able to enforce that Judgment abroad was a significant obstacle. Enforcement depended on the existence of an appropriate bilateral Agreement or International Treaty that was usually of limited application.

Residents in Britain could make legal claims in 27 other European countries under a uniform set of legal rules. The Recast Brussels Regulation gave British Citizens an effective remedy against wrongdoers in the EU because issuing court claims, serving these claims and enforcement of Judgments of the English Courts in the EU were accepted by all the other 27 countries.

This has ceased to apply in respect of Claims issued after 31st December 2020 save that there is an important exception for existing legal Proceedings.

“Legal proceedings instituted before the end of the transition period and in respect of proceedings or actions that are related to such legal proceedings” will still retain the benefit of the Recast Brussels Regulation.

Under the Civil Jurisdiction and Judgments (Amendment) EU Exit Regulation 2019 the issue of proceedings will confer transitional rights. By these rules, a court is deemed to have jurisdiction when the claim is lodged in the Court, (unless the Claimant has failed to take such steps to serve the claim as are necessary). Under the transitional provisions, a Judgment in such a claim will continue to have the benefits of Article 36 of the Recast Brussels Regulation.

Its legal effect is that a Judgment against a foreign resident in the English Courts is enforceable not only in the Defendant’s country, but any other EU member state. Thus, if you obtain judgment in England against a French Defendant with assets in France, you can enforce it not only in France but also in Spain or Cyprus or any other EU member state where the Defendant has assets. The Courts of all those Countries should give effect to that Judgment and will have to do so by law after 31st December 2020.

This provision will continue to have effect until all Legal Proceedings started before 31st December 2020 have been finally resolved. This could take many years in view of the significant delays with most court proceedings throughout the world that have been caused by Coronavirus restrictions.

The United Kingdom applied to rejoin the Lugano Convention 2007 on 8th April 2020. The Lugano convention is similar to the Recast Brussels Regulation but not identical.

There is a 4-step process to be followed and this did not take immediate effect on 1st January 2021. There will be a lengthy delay before these rules take effect or new Treaties are made. Until this happens, the likely legal position is outlined below.

A contract may specify where the parties want any dispute resolved. The Civil Jurisdiction and Judgments Act 1982 was the first attempt to incorporate this into English law after the United Kingdom joined the EU.

By Article 17 it provided such agreements had to be in writing. It stated, “where such an agreement is concluded by parties, none of whom is domiciled in a contracting state, the Courts of other contracting states shall have no jurisdiction over their disputes unless the court or courts chosen have declined jurisdiction”.

Special rules exist to protect consumers from contracts that would otherwise require a consumer to have to use a foreign court to claim their rights. Generally, the place of performance of the contract is where the court will have jurisdiction.

People ordering goods on the internet from the EU for delivery in England for their personal use are consumers.

Under Section 15B(2)(c ) of the Civil Jurisdiction and Judgments Act 1982, UK residents will still be entitled to sue for breach of contract in the English Courts. The Civil Procedure Rules have been amended to recognise that such a claim can be issued without needing leave of the court to sue a Defendant living overseas.

If payment was made by a credit card they may also be able to seek recourse against their credit card supplier in England under Section 75 of the Consumer Credit Act 1974 if the contract is for £30,000 or less and the overseas supplier does not perform the contract.

In a business contract (one not a consumer contract), the parties can specify a jurisdiction clause conferring jurisdiction on courts of a particular country. The United Kingdom’s reputation as a place for determining disputes means it is frequently selected as the place for resolving disputes and can, if so agreed seek to apply English law to the contract. The English Courts will after Brexit usually need to be satisfied that there is a sufficient connection with England until new rules under either the Lugano Convention or the Hague Convention have effect. Thus a jurisdiction agreement made between Russian and a Saudi Arabian citizens neither of whom live in England over a commercial contract in France governed by a foreign law, not English Law, probably will not validly confer jurisdiction on the English Courts due to the lack of any link to England.

Where the parties are uncertain about how the Courts will deal with their dispute, they often choose arbitration as the dispute resolution mechanism. The recognition of Arbitration Awards in different countries is often more extensive than that for Court Judgments. Following Coronavirus, many commercial parties may still choose London as the seat of the Arbitration. The dispute between the Russian and the Saudi Arabian outlined above could be dealt with by a written arbitration agreement to arbitrate in England, even though an English Court would not hear it.

The Hague Choice of Court Convention is likely to be applied to commercial disputes in due course. A Private International Law (Implementation of Agreements) Act 2020 has already been enacted that covers family law matters such as child abduction cases.

2. Other Types of Claim

Car accidents involving a foreign motorist driving in the England should still be able to be bought in the English courts as the damage will have been sustained here and English law will apply.

Furthermore the European Communities (Rights against Insurers) Regulations 2002 will continue to apply to accidents in England and Wales by virtue of the EU Withdrawal Act 2018 and the Law Applicable to Contractual Obligations ( Amendment etc,)( EU Exit) Regulations 2019. Thus in respect of a vehicle normally based in the UK is concerned, the right of a direct action against an overseas insurance company granted by these Regulations remains possible even if the drivers insurer is not based in England and Wales.

However, it will no longer be possible to serve a driver’s foreign insurance company on their handling agent in the UK as was possible under the Recast Brussels Regulation. Furthermore, the advantage of suing in England for an accident that occurred abroad and then enforcing that judgment in any EU country under Article 36 of the Recast Brussels Regulation is no longer available. An English Judgment must meet the requirements of local law in the country where it is to be enforced in order for the client to have an effective legal remedy. Thus it is wise to check the requirements for recognition of a an English Judgement with lawyers in the country where you hope to enforce before you start a legal proceedings in England.

Many of the advantages under the Recast Brussels Regulation for Claimants in such claims will not apply. The Court where the claim is bought will need to consider whether it will be the most convenient place for the claim to be heard. If you are injured in a motor accident whilst abroad, it is likely that in most cases it will be necessary to bring the claim in the place where the accident to ensure the Judgment is enforceable. The case of FS Cairo (Nile Plaza) LLC v Christine Brownlie 2020 EWCA Civ 996 in the Court of Appeal shows the enormous legal problems of bringing a claim in England where the accident was in Egypt.

The same is now likely to apply with a claim in an EU country and a British citizen whilst on holiday in Cyprus will probably now have to sue in Cyprus. However, as English Common Law rules will now apply, if the person who caused the accident resides in England then the legal claim may be bought in England. (see Boys v Chaplin 1971 AC356 which concerned an accident in Malta). Thus, if the RTA abroad is caused by a your travelling companion, spouse or partner who resides in England, the claim can be bought in England. (This might well be the case if you were a passenger in their car).

The EU Regulations 1346/2000 have applied to foreign companies operating in England for many years. In the case of Trustees of Olympic Airlines SA Pension and Life Assurance Scheme v Olympic Airlines SA 2015 UKSC27, the Supreme Court decided the English Company Court had no jurisdiction to hear a winding petition over a foreign Company that had ceased to have an establishment (a place of business carrying out non transitory economic activity) in England and Wales when the petition was presented. Until new rules to replace the existing EU Regulations take effect, there seems no reason why this should be decided differently after 31st December 2020. The Rules introduced during the Coronavirus to restrict Winding Up Petitions against businesses may mean that a number of overseas companies will cease to have any establishment in England by the time the coronavirus rules are relaxed sometime in 2021. Under the Corporate Insolvency and Governance Act 2020 and the Extension Regulations, the restrictions on serving statutory demands for debts arising since March 2020 are due to continue till 31st March 2021 and will prevent many Winding up Petitions against companies.

Specialist areas such as financial services and Immigration rights are outside the scope of this Article. However, it should be noted that those lawfully working in the UK on 31st December 2020 who are EU passport holders and not British Passport holders must apply for settled status by 30th June 2021 if they wish to continue to work lawfully on 1st July 2021.

There are likely to be many further legal developments later this year and beyond. In particular legal arguments over claims lodged at Court by 31st December 2020 but sealed by the Court and sent out after 1st January 2021 are likely. The Practice Direction PD7A Para 5.1 to the Civil Procedure Rules treats claims as commenced when the papers are lodged, not when they are sealed by the Court. The Withdrawal Agreement suggests national law governs when proceedings are commenced but there is potential for many complex legal arguments to be raised. Please look out for further blog and posts. 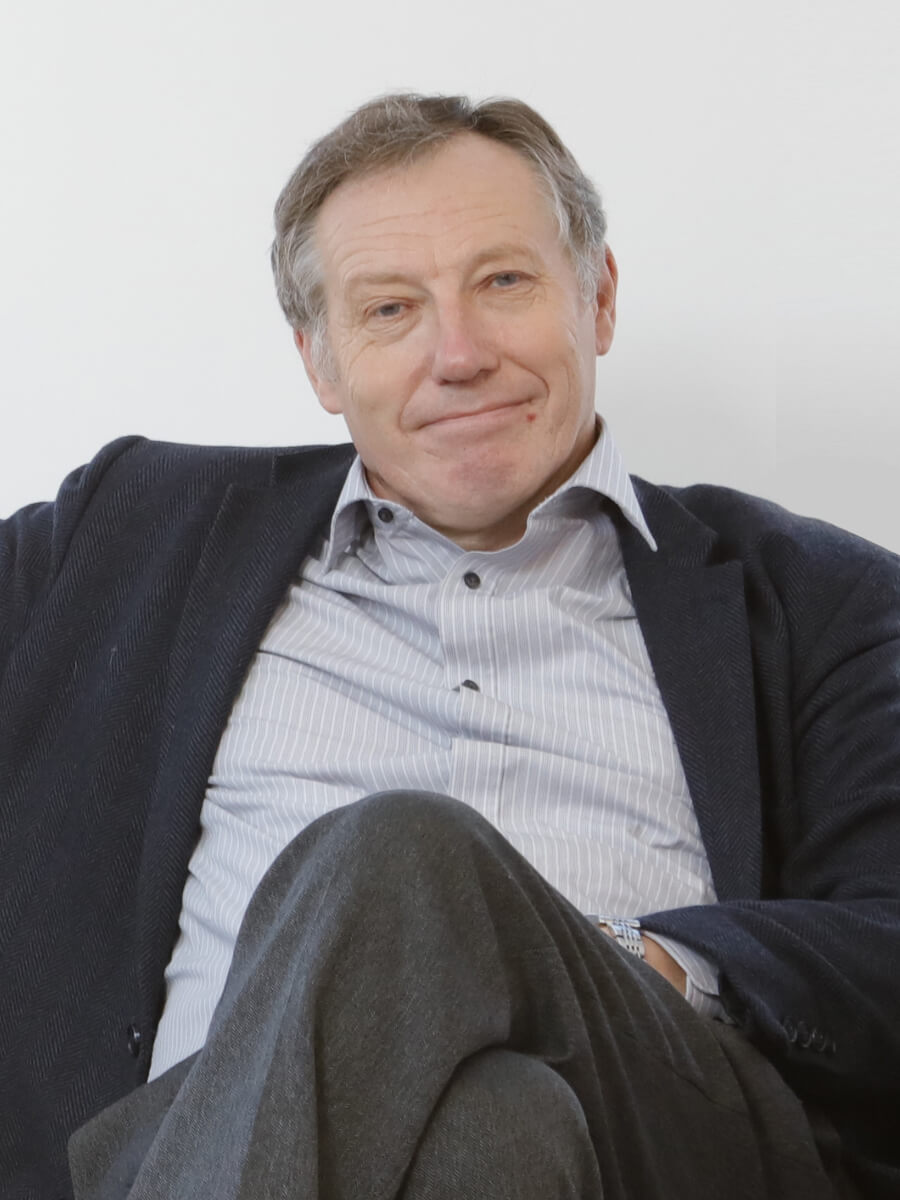